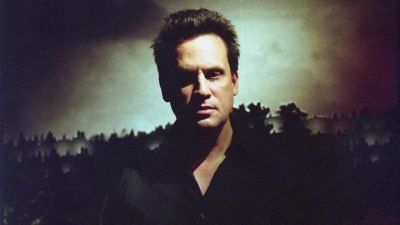 I admit I’m not someone who puts much weight behind the concept of ‘newness.’ I like to check out what’s going on, but I’m mostly interested in finding things that are good to great, regardless of what people are paying to have pushed at the moment. So, Tim Buckley’s Live at the Folklore Center, March 6, 1967 has been getting as much play as anything I’m writing about here. And why I have several Theodore Dreiser books on my pile of reading material.

For this reason, I’m limiting the ‘new releases’ that I write about to the ones that pass the sniff test several times over. Keep in mind, my own tastes run to the melodic and the literary, despite the fact that I rarely hear the words clearly. I like aggression, but not always or to the exclusions of all else. Mostly, I like distinctive voices that stand out. I have a clear affinity for music recorded between 1964 and 2000, and current artists who have learned their Beatles/Stones/Kinks/Who/Animals/Small Faces/Them/Yardbirds/Byrds/Doors/Love through and through.

Nowhere is this more evident than in my love for Robyn Hitchcock whose self-titled 2017 album is merely more of the same greatness that made for albums like Black Snake Diamond Role, Fegmania!, Element of Light, Jewels for Sophia, Ole Tarantula, The Man Upstairs…Typical of me, I find the reflective “Sayonara Judge,” “1970 in Aspic” and “Autumn Sunglasses” to be the obvious highlights, though clearly the upbeat “I Want to Tell You About What I Want,” “Detective Mindhorn” and “Mad Shelley’s Letterbox” will get the people dancing like it’s 1966, 1981 and whatever year it is that you once danced. Grab this on April 21.

For those preferring their power pop unadulterated, the reissue of NJ’s Modulators’ early ‘80s output Tomorrow’s Coming is reason to get happy!!! Obvious fans of the Beatles and Marshall Crenshaw, the trio nailed the lean and mean beauty of precise pop hooks with “She’s So Cynical” and “Kristine.” The album’s thin production (and obscure record label) prevented them from breaking into the mainstream, but the inclusion of the charming ‘demos’ makes a case that had they gotten a few breaks along the way they could’ve been another great underground darling.

Like, say, Emmett Kelley’s Cairo Gang whose latest full-length Untouchable will be in stores by the end of March. His modest group has been churning out little pop mysteries for years now, usually wrapped in lo-fi confusion. But this latest is produced by Kelley and Ty Segall and cut live to catch the wave of energy that is never found by listening to a snare drum for days on end. Two tracks — “Broken Record,” “That’s When It’s Over” – have the nerve to sail past the five-minute mark and explore where the time goes while other tunes wrap up before you can say goodbye. Any reasonable person would already be familiar with Goes Missing and Tiny Rebels or maybe the collaboration with Bonnie “Prince” Billy, The Wonder Show of the World, but then there are only so many hours in the day and who has the time to be reasonable anymore? Why not start here?

Speaking of musicians who keep making great records that escape most ‘normal’ people’s radars, Scandinavian superpower Jens Lekman has been recording some of the smartest pop songs in the world since 2004. As a moderately successful superstar in waiting, he’s even teamed up with Everything But the Girl’s Tracey Thorn for “Hotwire the Ferris Wheel” and Loulou Lamotte for “To Know Your Mission” and “Evening Prayer.” His latest, Life Will See You Now, may end up being just another solid Jens album, but if this is what it takes to get you into the catalog, who’s to complain?

Surely, Portlandia fans still catching up on Carrie Brownstein’s life as a rocker will be overjoyed by the new Sleater-Kinney album, Live in Paris, where they serve up a cross-section of their ‘greatest hits’ without the self-consciousness that the recording studio’s red lights inevitably bring. “Jumpers” never sounded more desperate, while “I Wanna Be Your Joey Ramone” shows their tender/fun side in a way that assures their faithful that they aren’t changing their cultural touchstones for anyone.

Those who miss the Ramones-centric century can find much to love about ex-Deep Wound, ex-Outpatients, current Frenchy and the Punk guitarist Scott Helland’s new all-instrumental affair, Never End the Rocket the Century, where Helland’s love of complex, manic guitar lines comes together in a fever-rush of divine inspiration. “If You Lived Here You’d Be Home By Now,” the title track and “Ants with Plaid Pants” make for an opening triage of punk-power-pop with shockingly clear power chords and twisting riffs. “Ballad of Judas and Johnny” alludes to Tipton/Downing Judas Priest and the Ramone named Johnny without playing around with the obvious (no “Breaking the Law/Sheena” medley). Fans of surf, punk and fun and sun (with a dark side) will find their headphones delivering the goods in the subterranean jungle of their choosing.

Should you want more words, the Craig Brown Band delivers a bar band’s dream with The Lucky Ones Forget. Sloppy but consistently rocking, CBB are what you get when rock bands go back to beer and steer clear of the heroin that doomed greater men. “Overthinking” is the clear winner, but “I Wondered What,” “Planet Song” and the final three tracks among the many deliver what Johnny Thunders, the Replacements, the Hold Steady, Nikki Sudden and lesser bands like Tom Petty’s Heartbreakers have been doing well for decades.

Furnace by Dead Man Winter is Trampled by Turtles’ frontman Dave Simonett’s solo tour de force, as he does the self-analysis necessary after a divorce. There’s a ‘heartland rock’ feel, due to generous portions of Hammond B-3, but his vocals and lyrics break through the standard-issue band feel to deliver the goods. “I Remember This Place Being Bigger,” “This House is On Fire” and “Red Wing Blue Wing” connect with immediacy and are such an obvious cut-above-the-usual-crap that it encourages you to stick it out to the end where the lonesome “Weight of the World” waits for you.

Speaking of the heartland, Son Volt are back with Notes of Blue. They’ll likely never get back the power and momentum they had with their first two albums, but Jay Farrar seems to have found his way out of the droning indifference that open D tunings bring. “Promise the World” opens with fiddle, pedal steel and acoustic guitar and “Back Against the Wall” brings drums, Hammond organ and electric guitar into the mix. Most promising, the melodies are back. “Lost Souls” even breaks out of the somnambulant reverie for some South-Of-The-Border aggression that continues with “Midnight.”

Son Volt fans, and fans of moody, intelligent, progressive but not PROG rock should look into Centromatic’s Will Johnson’s latest solo effort, Hatteras Night, A Good Luck Charm. Songs like “Childress,” “Heresy and Snakes” and “Ruby Shameless” will give you an idea of the vibe, but it’s essential to grab the headphones and allow yourself to be swept away into the midnight hour. “Predator,” of all tracks, sports an endearing hook and upbeat groove that for four minutes gives the illusion of there being hope in the world. And we all know that’s not true!

No column of mine would be complete without an update on Mark Kozelek’s latest adventures. Sun Kil Moon’s double album, Common As Light and Love Are Red Valleys Of Blood, is an endurance test of epic proportions. Clocking in at over two hours and featuring a lyric sheet that’s printed on both sides in what looks like 6pt. type, the album continues Kozelek’s exploration into sparse arrangements and stream-of-consciousness lyrics that would make James Joyce and Jack Kerouac blush. There’s a layer of perversity here, considering Kozelek possesses one of music’s most arresting voices and he’s now practically reading his lyrics in mumbled indifference. However, never count him out. Just when you think you’re over him, one of his songs will creep back into your head and insist you listen twice as hard. I’m waiting to see which ones it will be, but right now I’m dizzy.