There is always more to write about. But ennui is real and not getting around to things because you’re too busy listening to the music itself are easy and true. This column is only three-four months overdue according to my original plan and several choices have ‘timed out’ and been replaced with new, improved choices. Here are a few of my favorite things since the last time I wrote this column.  – Linton Drier 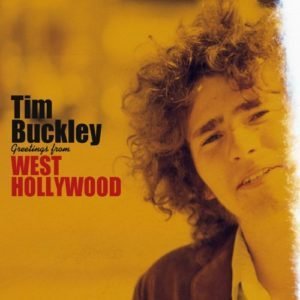 It’s hard to believe that there’s still more high quality unreleased Tim Buckley out there, but there is. Both these sets are multi-discs, with Greetings being a 2-LP release domestically (a single CD set is available as an import) and Venice being a 2-CD set. Tim lived to perform and his concerts were his chance to see where he and his musicians could take the music, so songs expand regularly beyond average lengths, cruising over ten minutes without force. While studio fare such as Goodbye and Hello, Happy/Sad, Blue Afternoon, Lorca and Starsailor rank as perfect and/or near-perfect albums, the live stuff is every bit its equal. Producer Pat Thomas has done an exemplary job exhausting the Buckley vaults so hardcore fans can hear this music before they die. 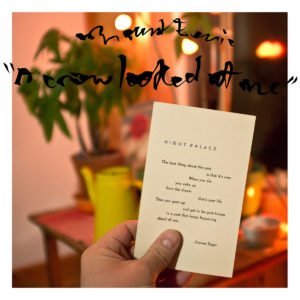 “A week after you died a package with your name on it came and inside was a gift for our daughter you had ordered in secret and collapsed there on the front steps I wailed.” — “Real Death.”

A Crow Looked at Me is the most depressing album of 2017. It might be the most depressing album ever made. Phil Elverum lost his wife, artist Genevieve Castree, to cancer not long after the birth of their daughter. From this, he does not flinch. Though how he has gotten through performing these beautiful songs of excruciating pain in front of live audiences is beyond my comprehension. I’ve listened to dozens of albums where the artist shadowboxes with pain, with loss, with death, but none go this far into the raw despair that occurs when a family unit’s promise is betrayed by terminal illness. Even Elverum’s grief counselor dies. Two months after his wife. He watched his wife breathe her last breaths and he can’t bring himself to go into the back bedroom where she died. What some might call lo-fi production, but which sounds stark and appropriate considering the conditions, enhances or empathizes with the grim mood that’s carried between acoustic guitar, hand percussion, piano and Elverum’s nearly catatonic voice. 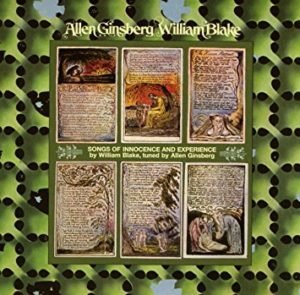 One of the 20th century’s best known poets, Allen Ginsberg, released an album of William Blake’s poetry set to music on MGM Records in 1970. This first-time-ever digital and CD release includes that album and a second disc of rarities, all lovingly assembled by producer Pat Thomas (who by the looks of things, you’d think paid a handsome price to be mentioned here so often, but I assure you, that is not the case). Thomas was responsible for the 2016 Ginsberg reissue, The Last Word on First Blues. This 1970 album featured Ginsberg, his lover Peter Orlovsky and jazz legends Bob Dorough, Don Cherry and Elvin Jones. Two previously unreleased tracks from those sessions appear here alongside 1971 San Francisco sessions with avant-garde cellist Arthur Russell and a Buddhist Choir. Let’s hear it for the 18th century! 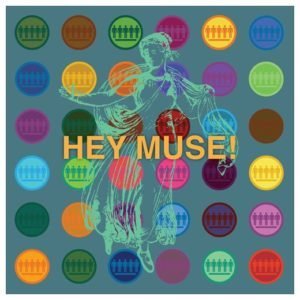 When a veteran band returns to the stage, they often do so less as a band than as a celebration of the scene from which they first emerged. The Twin Cities’ Suburbs return with the second album of their re-emergence, Hey Muse!, with their fearless leader Chan Poling on lead vocals and keyboards and original drummer Hugo Klaers on, well, drums while former Wallets’ saxophonist Max Ray, former Phones’ guitarist Stevie Brantseg, bassist/co-producer Steve Price and new guitarist Jeremy Ylvisaker fill out the ranks on an album that lives between decades. Old school songwriting (remember hooks?) sets them above the usual onslaught, while ambitious, multi-layered production—hear that horn section blow—should remind listeners of the glamorous ‘70s in spirit. Need a terrible pun? Try…it’s time to move to The Suburbs! Seriously, though, you likely need this album in your life. Pronto! 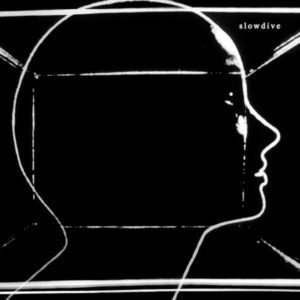 Over twenty years since their last album, shoegazer extraordinaries Slowdive bring back the bliss of their ‘90s releases with an onslaught of sound so dense that only headphones do them justice. The hooks are deeply embedded among the distorted guitars and warm, warm synths. At a time when so much is consistently going haywire and often downright wrong, it’s refreshing to latch onto the reliable deep-state ambience of “Star Roving,” “Don’t Know Why” and the single “Sugar for the Pill.” While so many were focused on ‘grunge’ and its ‘70s-like heavy riffing back in the ‘90s, Slowdive and Ride were exploring new ways to get out of Dodge and into space. 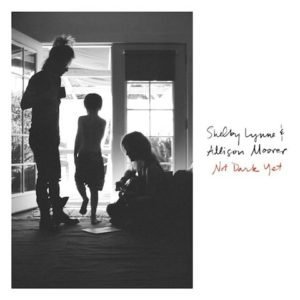 Two sisters, both with shadows that run deep and talent that scales the heights, join together for a collection of covers that range from the Bob Dylan dying-of-the-light title track to Merle Haggard’s elegiac “Silver Wings” to Nick Cave’s overly dramatic “Into My Arms” to Townes Van Zandt’s spare-to-bare “Lungs.” For everyone who ever said they loved Dylan’s songs but never his voice (never me), this might be the album that introduces those people to a number of ‘difficult’ artists. And right after they explore the melodic underpinnings of Kurt Cobain’s “Lithium,” they finally settle down on one of their own, “Is It Too Much,” which further illustrates from where these resilient ladies have come.

Often when you listen to albums from the late ‘70s through to the early ’90s, you’ll hear terrific songs and inspired musical performances nearly ruined by exaggerated reverb, narrow equalization that trends towards the tinny (cocaine ears in full effect). Lesser-known artists who were unable to afford time in the best studios settled for low budget sounds that required listeners to imagine what things should sound like. Sometimes remastering has helped and sometimes it’s completely destroyed the vibe (blame the loudness wars). But for 1992’s Sweet Old World, Lucinda Williams chose to re-record the album from the ground up in just ten days in 2017. Thankfully, she doesn’t sing to the point of self-parody (a common sin for her and Steve Earle in the close-miked/every-breath-you-take technique) though her enunciation skills remain somewhat weak. Instead, the production focuses on warming up the band. No Gurf Morlix hurts, but Greg Leisz is a natural treasure. 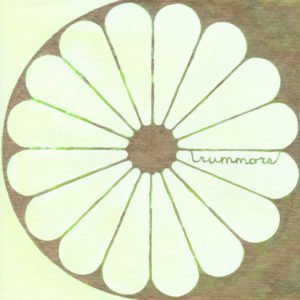 Anne Cunningham and David Lerner, the couple who be Trummors, moved from New York’s Hudson Valley (Woodstock, Kingston, New Paltz) to the southwestern terrain of Taos, New Mexico and their musical approach went with them. Their harmonies are still perfect and their songs capture a trippy-yet-earthy folk-rock vibe that’s relaxed nearly to the point of laziness (a good thing here). “Desert City Gold” settles on a country riff via Joshua Tree. “Mendocino” (not the Sir Douglas Quintet) throws up three chord pop and another country vibe courtesy of pedal steel guitarist guest Dan Horne. “Hollis Tornado” lifts the hook from Gram Parsons’ “Hickory Wind” without making it too obvious. A quiet, engaging little record for sure. 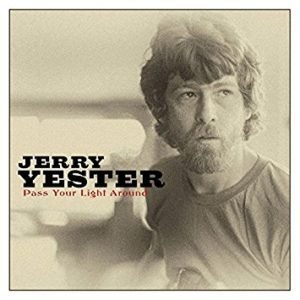 Best known for (co)producing the Tim Buckley albums, Goodbye and Hello and Happy/Sad, orchestrating some Lovin’ Spoonful stuff (and joining them in their dying days), playing with Judy Henske and being there for some early Tom Waits sides, Jerry Yester (not Lester, as auto-correct insists) recorded a number of quality tracks on his own (resulting in a pair of 1967 singles) and with his bandmates in Rosebud, not an Orson Welles’ tribute band I’m told. Songs vary from playful folk to sweet late ‘60s/early ‘70s pop, with a modesty that gets under your skin. Safe to say if you dislike this music, you dislike all of humanity, too. 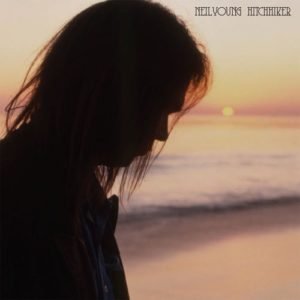 Well-versed Neil Young fans will recognize most of the songs listed on this 2017 release of the never-released 1976 album Hitchhiker, which features a CD lyric poster that mimics On the Beach’s layout template and never quite folds back the same way twice. Unwieldy inserts aside, the album comes from that era when Neil Young could fart and make better music than 93.7% of his contemporaries. He was, as they say, ‘in the zone.’ This session, recorded on August 11, 1976 in Malibu, primarily consists of Young playing his acoustic guitar and singing into a microphone with no overdubs. In fact, when Young moves to piano for “The Old Country Waltz,” it’s a shock to the system. (You mean there was a piano in the room the entire time?) “Hawaii” and “Give Me Strength” are the previously unreleased tunes, with Rust Never Sleeps’ “Powderfinger” appearing without Crazy Horse and “Campaigner” featuring an extra verse that had only been released on the German release of Decade. “Pocahontas” is here without the overdubs on Rust Never Sleeps and “Captain Kennedy” sounds exactly as it does on Hawks and Doves. Album of the year? Sure! Just decide what year we’re talking about. 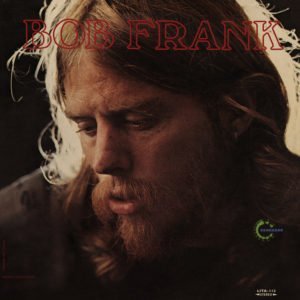 Re-released in 2014, Bob Frank’s self-titled 1972 debut album is the sort of magical acoustic album that one always wishes to find in the dollar bins of thrift stores and overwhelmed record shops. Far from the mediocre strains of many modest budget releases from yesteryear, Bob Frank is a masterpiece of economy and of aching voice. While the talking intro to “Judas Iscariot” conjures up the Woody Guthrie/Bob Dylan worship of every young man of a certain age who strapped on an acoustic guitar, songs such as “She Pawned Her Diamond For Some Gold,” “Waitsburg,” “Cold Canadian Pines” and “Layin’ Around” are two steps from the average folkie crowd and into the personal blues that’s private and universal. Frank didn’t record another thing until A Little Gest of Robin Hood in 2001 and the countrified (and pretty good, though not amazing) 2002 release, Keep On Burning.